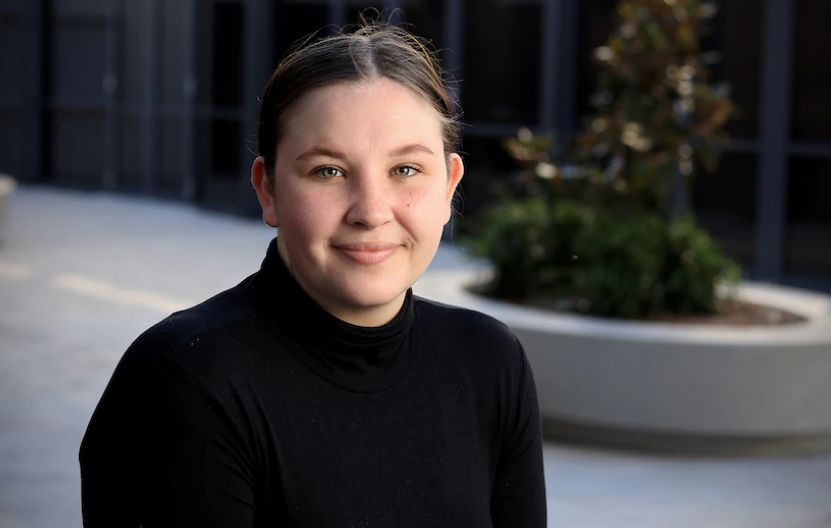 Maddie has memories of leaving school without a home to go home to, and having to sleep in a car with her family when she was younger.

And only last year she had to spend six weeks in hospital due to complications with the birth of her first child.

Maddie, who was named student of the year in the awards, told ABC News she essentially started high school in Year 10 due to family breakdowns.

Her life became more settled when she moved to live with her father in inland New South Wales. It was there she completed high school, becoming the first member of her family to finish year 12.

“I grew up in a low socioeconomic family and I’m Indigenous, so we start behind the start line compared to everyone else,” she said.

“Being a disadvantaged youth myself, I experienced a lot of situations where I don’t want anyone else to go through this, so I enrolled in youth work and turned up two days later and now I’m here.”

Maddie now works at Southern Youth and Family Services in Wollongong as an administration assistant and youth worker.

“It was very surreal, I could’ve cried but I didn’t want to ruin my makeup,” she said.

“I’m extremely proud of myself and to show other people what you can do.”

As an Aboriginal woman of the Yuin nation, she said she was particularly motivated to inspire young Indigenous people in her community.

“I want to help change the stereotypes of young people and young Indigenous people and everything I do, I do for my mob to inspire them like my elders inspire me.”